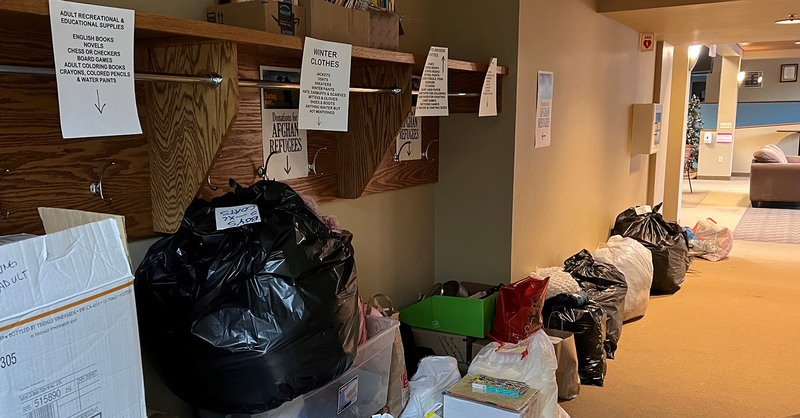 In the time of King Herod, after Jesus was born in Bethlehem of Judea, wise men from the East came to Jerusalem, asking, “Where is the child who has been born king of the Jews? For we observed his star at its rising and have come to pay him homage.” When King Herod heard this, he was frightened, and all Jerusalem with him; and calling together all the chief priests and scribes of the people, he inquired of them where the Messiah was to be born. They told him, “In Bethlehem of Judea; for so it has been written by the prophet: ‘And you, Bethlehem, in the land of Judah, are by no means least among the rulers of Judah; for from you shall come a ruler who is to shepherd my people Israel.’” Then Herod secretly called for the wise men and learned from them the exact time when the star had appeared. Then he sent them to Bethlehem, saying, “Go and search diligently for the child; and when you have found him, bring me word so that I may also go and pay him homage.”

When they had heard the king, they set out; and there, ahead of them, went the star that they had seen at its rising, until it stopped over the place where the child was. When they saw that the star had stopped, they were overwhelmed with joy. On entering the house, they saw the child with Mary his mother; and they knelt down and paid him homage. Then, opening their treasure chests, they offered him gifts of gold, frankincense, and myrrh. And having been warned in a dream not to return to Herod, they left for their own country by another road.

At first, I thought I was going to preach a comparison between King Herod and King Jesus:

That could have been a good sermon, but while I was sitting with that thought and trying to listen to where it would take me, the Spirit nudged another thought into my mind. I got to wondering about the priests and scribes in Jerusalem.

The story today begins with a caravan of magi coming from the East. Those who research these things say that, based on the best research, this would have been a group of men – and women – from the land of Persia, everything from Iraq to Pakistan today. They were followers of the religion Zoroastrianism, a religion still active in some parts of the Middle East today.

I don’t know much about the religion of these magi, but the little I gather is Zoroastrians were known for interpreting dreams, studying astrology, telling fortunes, and creating horoscopes. Also, the founder of their faith was miraculously conceived by virgin birth and predicted a true savior would be born in the same miraculous way.

So here we have a group of complete outsiders to everything God has been doing through the chosen people since the time of Abraham and before, showing up asking the one question everyone in Israel has been asking in earnest for centuries: Where is the Messiah? The king of the Jews has come, where was he born?

Now, this is an easy question for the priests and scribes to answer. It’s right there in Scripture. And unlike us today, they’ve got all of Scripture memorized. They didn’t need to search for the answer; they all knew it by heart.

“And you, Bethlehem, in the land of Judah, are by no means least among the rulers of Judah, for from you shall come a ruler who is to shepherd my people Israel.”

The Messiah was to be born in the hometown of King David, the man after God’s own heart. When the magi get this answer, they set off at once to go pay homage to the Messiah.

But what about the priests and scribes? Do any of the religious leaders go with them? Are any of God’s people going to pay homage as well? All these people who have been hoping for the Messiah – which of them went with the magi and gave gifts to Jesus? In my reading of the Scripture, I always find it a wonder how God works through outsiders.

There’s Elijah who blessed the foreign widow. And then we have Jonah, sent to the capital of Assyria to save the people, and set them back on the right course. At the start of the Christ story, one of the first things we hear is the story of God speaking to foreigners again.

These people from the East were following God’s guidance in faith, traveling many months to Israel simply to bow down before the Messiah and praise God for a newborn baby they will never see or hear from again.

The priests and the scribes

I don’t know how many of you have noticed the pile of things forming in the hallway outside the church office. Most of you probably never go down that hall. For the past few months, Mt Zion has been one of the collection points in Greater Milwaukee Synod as part of the work Lutheran Social Services is doing to aid Afghan refugees at Fort McCoy. People from all over the Milwaukee area have dropped off winter clothes, children and adult activity supplies, sewing supplies, and other such items.

On Christmas Eve, when I came to church to prepare the building for worship, I found 5 large trash bags sitting inside the main entrance. At first, I thought someone left trash right there, and I felt frustrated at one more thing to do on an already busy night. But as I picked up the bags, I realized they were full of clothes, not trash. Someone stopped by on Christmas Eve to donation 5 large trash bags of winter clothes for the Afghan refugees. It was the best start to a Christmas Eve service I’ve ever had.

These refugees our synod is helping – they are important. They are the people who need to hear the good news. And indeed – after what they’ve gone through – how much good news has all this aid given them? They are also the people who have good news to share with us. If we’ll listen.

I know God speaks through Scripture. Luther described the Bible as the manger that holds Jesus. Every week we listen to Scripture because in it we hear the voice of God. But there are other places where God speaks, and sometimes I fear we’re not listening.

At the beginning of the service, when we share the peace of Christ, that is not the voice of Pastor or Chris or John or Wendi that you’re hearing. We are serving as ambassadors of Christ at that moment, telling the people around us, “The peace of Christ is with you.” “You have God’s peace upon you.” When the people around you say these words, do you simply hear it as a greeting, “Oh, hello!” or do you recognize the significance of those words, first spoken on the night of Jesus’ passion to the people he called his friends? Do you hear God speaking directly to you at that moment?

Christ speaks through others

We also have this promise in Scripture that whatever we do onto the least of these, we do onto Christ. That means Jesus is present in the sick, the imprisoned, the hungry and thirsty, the homeless, the outcast and forsaken. How often do we listen to their voices? And if we’re never listening, how much of what God’s saying will we miss? And today, the voice of God is being proclaimed by foreigners who never knew Abraham and follow a religion unknown to God’s people.

At Christmas, when we revel in how God send his only Son to save us, I think sometimes we forget the good news is bigger than our little family here, bigger than all the people who call themselves Christian.

The magi remind us that Christ came to proclaim good news to the whole world, and not just through the mouths of Christians, but through anyone of any faith who is willing to listen. And it’s simple to discern when we’re hearing good news from unexpected sources. When the news reminds us of the words of Scripture and allows us to hear them anew, that’s the word of God.

God is speaking in many and various ways. I wonder, when someone tells us good news – maybe by reminding us how God cares for the earth like the Native Americans, or by calling on us to repent like Jonah, or simply by asking us for some good news in their time of need like these Afghan refugees – will we be like the priests and scribes, able to recite Scripture but unable to respond in faith, or will we listen and be open to follow God like magi following the star of hope to witness the miracle of Christ?

What Does it Mean to Be Blessed?